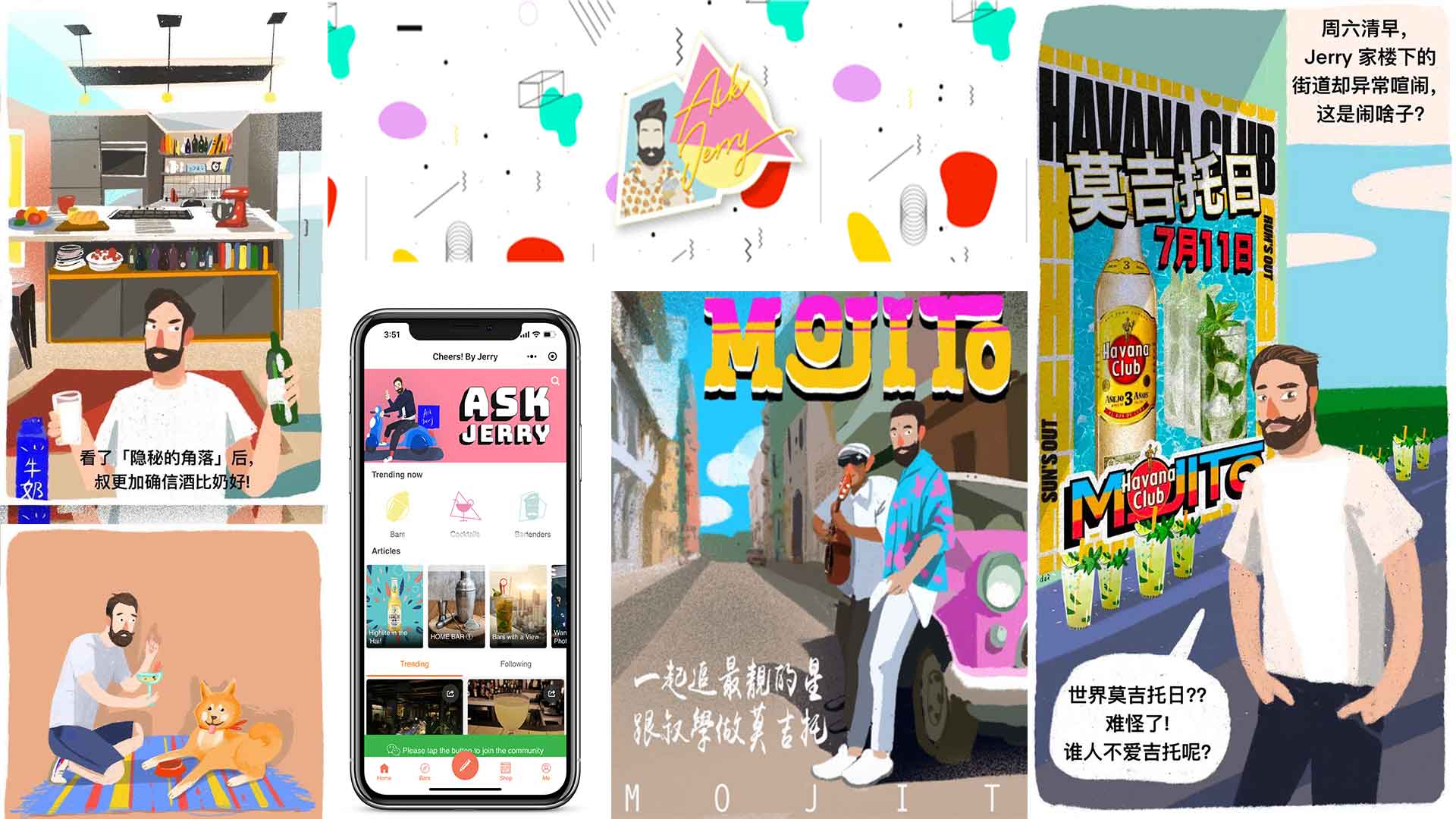 Ask Jerry is the biggest player in China’s fast growing cocktail industry. Consisting of an online cocktail community, a chat bot-powered WeChat Official Account, a nationwide alcohol delivery service, and a cocktail catering service. AskJerry is on a mission to build cocktail culture in China one drink at a time.

With foreign white spirits accounting for less than 1% of alcohol sales in China, holding companies have been trying to educate and evangelize to Chinese consumers with little success. With this commercial reality as the background to our conversation, Alex and I spoke about a way forward for foreign spirits to grow in China.

Julien: Let’s start with the level of knowledge Chinese consumers have. What is your take?

Alex: Despite many of these brands entering China decades ago, the level of foreign spirits knowledge is still very low. Whisky and Cognac have long been cash cows due to their early entry into the older generation’s business,wedding, celebration culture.  However white spirits are so far behind.  The number one question we get on our chatbot is “What is a cocktail?”, and that’s coming from self-described drinkers.

We also noticed that on Zhihu [a website similar to Quora], the top trending questions about cocktail bars are:

Julien: We’re starting off with a very low level of knowledge yet brands seek to educate on the most authentic serve of the Moscow Mule or Mojito. That feels out of step no?

Alex: Yes, training programs or education sessions are often imported from Europe and the US. They focus on different recipes and cocktailsl but none of these approaches work in China as the base [spirits] knowledge isn’t there.

Julien: In Europe, people’s drinking careers may start with a glass of wine at the family dinner table before they’re teenagers. And maybe in North America, high school will prove to be formative educating what brown and white spirits are.

Alex: In the US, people grow up with movies and television shows that have alcohol as part of the narrative. Look at Cheers or even Madmen more recently.

Julien: That’s a very good point. Most companies should the focus on the cultural context of drinking no?

Alex:  Look at Jay Chou’s Mojito song. When that song blew up, so did mojito consumption. Brands like Bacardi have been working their consumer PR for years and years with limited success. In comes Jay Chou and within seconds theres a mint shortage in bars across China.

Drinking needs to come from cultural touchpoints and not brands. TV shows and music are key in driving people towards certain serves and not companies that try to educate on the perfect serve. It shouldn’t be expected that drinking rituals will follow those of 'The West', there is an ongoing conversation on the role of drinking in China’s youth culture.  Brands need to be a part of the conversation.

Julien: So similar to the impact of Busta Rhyme’s “Pass the Courvoisier”. Anchoring spirits and cocktail consumption in cultural narratives makes for a more genuine marketing effort versus forcing the right / wrong way to drink branded serves in a staid bar environment. ‍So what should be done in China? And for what kind of drinker?

Alex: For people that are into the cocktail culture, it’s very much a hobby. Or rather it’s something that creates an identity.

Drinking spirits and cocktails is less about being tipsy and a release from work. The cocktail, foodie and coffee scenes are closely related here.

People view cocktail culture and cocktail venues as a way to explore culinary worlds and cultural worlds. They go from coffee to a nice meal and cocktail and spirits are a part of it. It’s part of a whole lifestyle.

‍Julien: Is that because people here start drinking at a much older age? So after leaving strict university dorms and entering the workforce, their coming of age moment happens at a time when they’re freer to explore themselves through less structured and looser work environment?

Alex: people are looking to figure themselves out and figure out which tribes they belong to.

At first, cocktails and spirits were a market for the media and advertising industry. It was their way of coming together. You’d pretty much only see people from media at these venues.

There’s this place on Wulumuqi road that stocks vinyl records. It attracts audiophiles and people that are into vinyl culture. They then look for drinks that fit that culture. But it’s not about finding a place to drink alcohol. They’d be also happy with a mocktail.

People here are hungry for cocktails to be associated with a specific culture. So Italian style bars that sell an Italian view on life. The Italian liquors sold connect people with a geography.

‍Julien: by that logic, the mojito should have been a big hit. It helps people explore a very authentic and unique Cuban culture.

Alex: talking about Cuban music or vintage cars is like an education program again. Seeing Jay Chou live the life is different. It brings it to life. It makes it more tangible and it’s more visceral.

It [Jay Chou’s mojito] becomes a broader pop culture talking point. You’ll know the mojito name because you remember it from a pop culture song. It’s like Long Island Iced Tea that people remember from old HK songs. They might not know what goes into it but they’ll know to order it because you heard it in your favourite song.

Julien: so what can venues and spirits brands do?

Alex: Shanghai’s been good in bringing together social groups. Record playing bars. Audiophile crowds. The biggest trend is to bring daytime coffee drinkers to night time cocktails. The coffee community has been best at doing this because they know they’re selling spaces first and then coffee. The coffee education came second.

Julien: so again it’s not about force fitting spirits. And what about markets. Where would you start?

In Shenzhen, people there are like cocktail carriers. Everyone knows someone in Shenzhen because it’s a immigrant city. It’s also more mixed. So if in Shanghai it’s mostly women at cocktail bars, in Shenzhen it’s more mixed so the city does influence more of China.

[…] and you have a young and well off group of people in the tech industry which if it’s like the West probably has a lot of influence too.

The most interesting place is Chengdu. It’s always very proud of its own culture. Creativity there is different. If Shanghai follows global trends, Chengdu has paved its own wave of cocktails and if we’re going to see a Chinese bar culture it’ll come from Chengdu.

A place like Bar Lotus is not following variations on a classic cocktail like most places in Shanghai. They’ll do fermented rye or black sesame made home beer. They don’t follow rules. You won’t see many foreigners there as the flavours are not to their taste as it’s very earthy and pungent.

Julien: so cocktail with local flavours or processes are important. It goes back to our point of anchoring cocktails in local culture.

Alex: and they also leaned into the coffee trend as well. Café by day and seamlessly transitioning to cocktails by night. They bring in a strong coffee culture community.

Julien: so what venue would you open that can make foreign spirits a big hit?

Alex: I don’t think I’d open a venue. I’d lobby to have my spirit put into pop culture, into TV shows or movies. If it was a venue, I’d go from coffee culture. 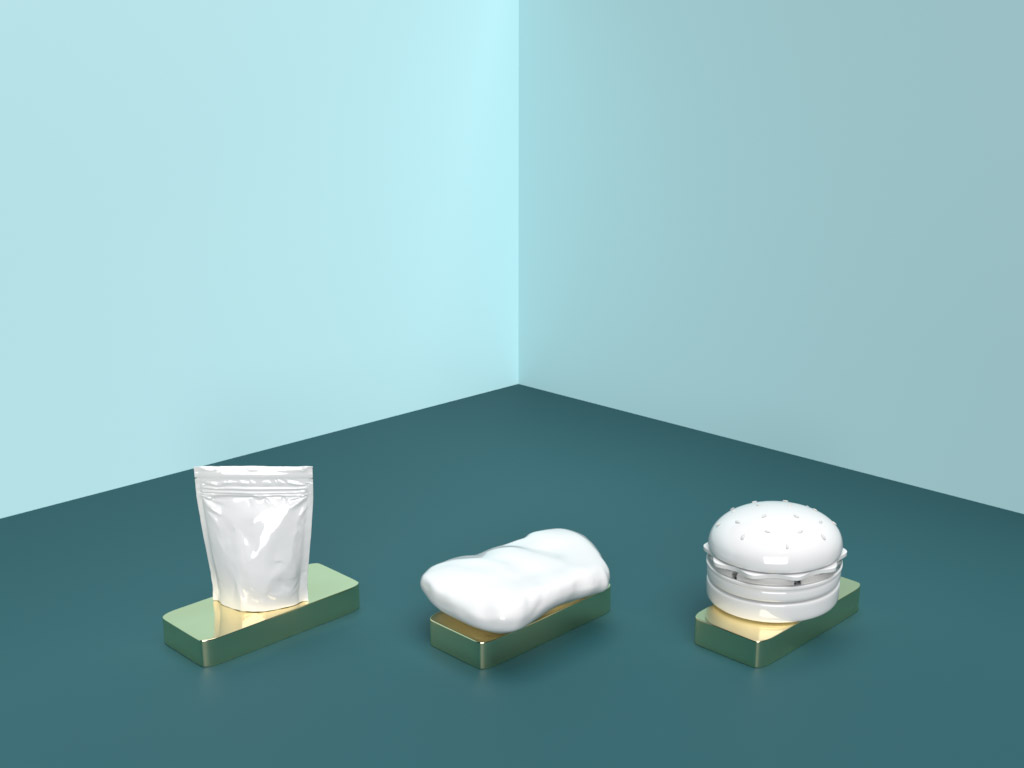 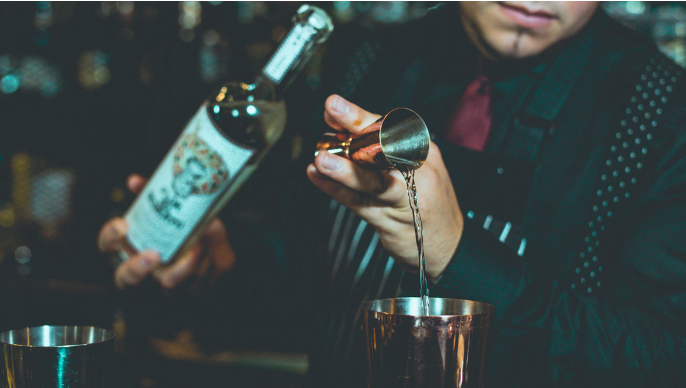