Meme My Valentine: Balenciaga and the aesthetics of Tu Wei 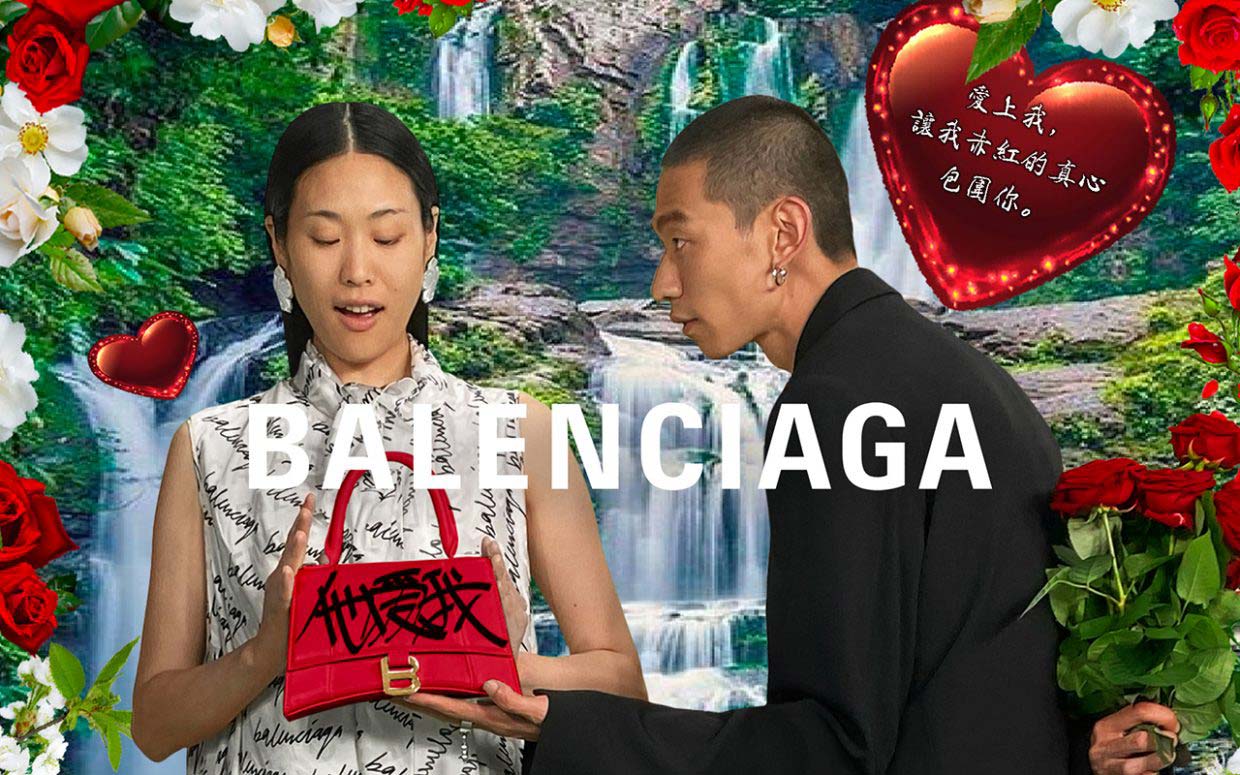 Balenciaga’s recent Qixi (Chinese Valentines Day) campaign in China caused trouble on many levels. Immediately, there’s the ongoing narrative around luxury brands’ misappropriation of Chinese culture – but in this case there’s also a deeper cut into the authorship and ownership of Chinese aesthetic genres.

Nearly all 'news style' analysis places the campaign next in a list of Western brands who failed to understand the China market and ‘consumer’ due to cultural myopia and wide-eyed profiteering.

One result may indeed be widespread negative social media sentiment across a range of segments, from lower-tier gift shoppers to first-tier fashionistas. However, Qixi campaigns are short sales focused events and media reach, share of search, and a sold-out collection are other metrics of more value to Balenciaga, one of Kering's strongest brands in China.

We’d also argue that Balenciaga is engaged in a longer-term creative journey that’s category leading. A series of cultural mishaps has created a more risk averse environment for luxury marketers in China. Against this backdrop and the general mollification of luxury advertising into vapid lifestyle marketing and KOL livestreams, Balenciaga has forged an aesthetic strategy of subversive realism.

At a global level, their commentary on global warming via a fire-stricken and flooded fashion week runway during Paris Fashion week for SS19 is fashion as meta-commentary. The Balenciaga livestream of post-apocalyptic news reminds us of Sprawl.Space a film by Dutch collective Metahaven about the ‘Internet’s geopolitical agitprop’.

In this context, Demna Gvasalia’s creative odyssey continues his earlier ‘Fashion’ as cultural criticism at Vetements. At Balenciaga, the practices taken from the avant-garde have matured via a self-referential dialogue with the brand’s creative legacy; from Cristobal Balenciaga’s obsessions with volumetric silhouettes and repetition, or cut and paste style of Inez and Vinoodh’s early 2000s advertising photography for the brand.

A 2018 High Snobiety article put the Georgian designers enterprise well by stating Balenciaga didn’t only mirror culture but was “engulfing culture, swallowing it up and spitting it back out”.

If this approach is uncomfortable and antagonistic in the context of campaigns that echo our post-truth politics and the empty sloganeering of US election campaigns - in China this becomes more extreme in a market where luxury is a locus of many identity discourses.

Most commentary and analysis cited the reactionary meniscus of social media on Weibo. The major critique here was the accusation Balenciaga was mocking the wallets of Chinese customers via out of date and poor taste.

In the 2010s Tu Hao was a pejorative term with an etymology rooted in feudal landownership, used to describe nouveau riche inlanders who had made huge fortunes but lacked the sophistication of eastern seaboard cities.

Tu hao were characterized by bling bling aesthetics; custom gold iPhones vs. the subtlety of a commercial rose gold one. They were mocked via memes. Among these arrivalists, the most disdained were those who bought expensive totems as gifts without a true understanding of the thing they purchased.

But those were different times. Now, at its edge China’s command of the luxury market and its customer sophistication around an atelier, its designer and historical lineage have surpassed all other markets.

Nevertheless, luxury brands continue to treat Chinese cultural festivals as opportunities for crass luxury. Against and in spite of the perennial callouts for faux-propriation, these limited editions continue to deliver commercial success and media scale.

In the gifting context of Qixi, Chinese Valentines Day, it’s easy to understand a heightened sensitivity towards perceptions of the uncouth. Internationally based Chinese have pointed out distinctions in China focused advertising vs. rest of world, but Balenciaga's strategy globally is consistently to get under the skin of each market - whether geographic or virtual.

As those other major global markets recede into the muted colors, conservative aesthetics and retail mausoleums of a recessionary fashion cycle and epochs of cultural self-doubt, China is growing in confidence and fashion – evidenced through domestic designers’ global presence, bold styles in public spaces, and a deepening internal dialogue about Chinese visual representation.

One ironic aesthetic to emerge from this context is ‘Tu Wei’. Sometimes referred to as ‘Tu Ku’ or translated to ‘Too Cool’ – a genre catalogued on social media, referenced by artists and increasingly present in fashion communications.

‘Tu Wei’ is an aesthetic that’s neither new, nor yet clearly defined, and yet everywhere.

Micro-genres usually exist within temporal limitations defined by a musical, visual or a specific economic context. But ‘Tu Wei’ pulls 40 years of visual culture into its frame of reference.

Some of the components vying for attention include: domestic 1980s lower-tier nostalgia inhabiting the interiors of karaoke parlors and their videos of bucolic scenes in nature with overlaid neon subtitles; the misspelt slogans of 1990s counterfeit foreign fashion from a street market; the glitchy avatars and stickers of early 2000s QQ Chat meets Windows 95 graphical styles; vestiges of childhood anime cartoon references through the lens of a 2010s Vaporwave vibe. Compositionally it's inspired by photo-studios, kitchen calendars and holiday poses. Add to this blend the retro nationalism we’re seeing from Chinese sports brands and young designers.

Given the amorphousness and range of the style guide, in terms of compositing, the Balenciaga campaign is an excellent synthesis. Again, the symbolic's proximity to the real leads to a discomforting uncanniness in the appropriation of a fashion-forward Chinese aesthetic within mainstream communications.

TS, who leads the Vogue Business WeChat account and is associate publisher at Vogue China commented:

“Balenciaga’s Qixi campaign should have asked Huzi to do it. The same old, true cultural appreciation, is about identifying / appreciating the real makers of the culture, the people behind the culture/style, otherwise it’s just simple appropriation or ingratiation to the customers”

But what is problematic with internet visual cultures is the question of ownership. Who owns ‘Tu Wei’? The pastoral references in ‘Tu Wei’ are uniquely Chinese. For those who grew-up during the 1980s/1990s the look and feel is acute and emotive reminder of the times, and the waterfall calendar you had in that era.

As noted, the specificity of Chinese 90s Internet aesthetics dovetails with other 90s nostalgias – the resurgence of rave culture graphics –a similar canvas of hyper-density, saturated overlays, ugly type, dingbats shapes - all of which forms a kind of grotesque beauty.

Balenciaga had meme driven Windows ClipArt patterns in its SS19 collection, a reference made for / or at mid-30s observers consuming fashion shows through Instagram. China only had around 40000 Internet users in 1995 but Windows 95 era graphics and even the logo itself are common symbols in ‘Tu Wei’.

For all of this porousness, the reality is that we have different Internet histories. The Internet itself is increasingly balkanized, leading to an interesting problem with global Internet visual culture. Who appropriates who when genres become entirely self-referential? As the Internet diverges into bordered experiences will we lay contemporary claims to a visual style that originated elsewhere?

One interesting evolution of the Balenciaga Qixi campaign is the level-up from a binary global-local dialectic to one that goes global –national – local.

Some commentators connect the ‘Tu Wei’ aesthetic to a new-found confidence in the provinces beyond big city China. While regionalism in dialect and food are increasingly points of pride, we situate the response to ‘‘Tu Wei’ as a rural vs. urban divide. ‘Tu Wei’ is a kind of a bi-directional lower-tier imitation of a trendy big city style that’s migrated back to the big city and mutated to become cool itself. And back again.

If anything, the codes of ‘Tu Wei’ are anti-urban and distinctly pastoral. Digital waterfalls, sky blue backgrounds, shan shui simulacra are all antidote and paean to nature. The countryside is an essential symbol of any nostalgic genre. Real or perceived it represents rustic idyll and a sense of a simpler past that perhaps never was. In the gaotie speed shifting landscapes of satellite cities like Suzhou or fast-growing rural data centers like Guiyang, the Tu / earth is a cultural root.

But that nostalgia isn’t comforting for all. The co-opting of ‘Tu Wei’ by a luxury brand collapses diametrically opposed spectrums of the Chinese Internet and contrasts very different audiences.

Even if ultimately both are potential Balenciaga customers there’s a difference between a Kuaishou live-streaming rural dweller with a counterfeit Balenciaga t-shirt vs. the stylized nine grid WeChat post of top-tier KOLs wearing ready-to-wear from a new season launch event.

Many Chinese may not appreciate or care about the foreign irony of the Balenciaga branded Bernie Sanders campaign style logo caps they’re wearing – but culture is connected to its means of production and that is exploited by Gvasalia who grew up in the Soviet Bloc and is highly attuned to the relationship between capital, labor and the luxury fashion industry.

Rural e-commerce entrepreneurs and millionaire farmer live-streamers are part of the class who can now buy Balenciaga. It’s contextually relevant that this was Balenciaga’s first ‘campaign’ on its Tmall store, e-commerce itself opening-up the rarefied luxury experience. This ‘newly nouveau’ audience do not want luxury contextualized within a Kuaishou tableau, as much as Shanghai luxury shoppers who see themselves as part of a globalized elite want luxury brands reified within a nouveau riche pastiche.

The post-irony of Balenciaga exposes an uncomfortable rural-urban divide.

The Qixi campaign is compelling because of its orthogonal relationships of power between global-national, rural-urban, avant-garde-everyday, Internet-earth.

What’s clear is that while global internet aesthetics that are interpreted, translated, and regurgitated – there remains directionality in cultural appropriation – and any parody or critique is the right of the culture itself, not from an outsider.

The issue is not only authorship and ownership creatively or culturally. It’s one thing for an up and coming designer young represented by an incubator like Labelhood to self-appropriate for Post-95s – and another for a 100-year old European luxury brand to do so.

Fashion blogger YangFanJame quipped “This is not a new product limited to Qixi Festival, it’s a new emoji package for middle-aged and elderly people”.

On other brands appropriating ‘Tu Wei’ for Qixi, Estée Lauder’s lipstick was compared to “the canteen at the entrance of my elementary school”. For  Gucci slippers, he asked, “have you seen my grandma’s shoe cabinet?”.

Commercially, some Chinese see this campaign as vulgar to their taste and opportunistic for their money. The shift from graffiti on the Hourglass bag to Chinese a transgression too far.

We believe this campaign is not purposely offensive nor miscalculating. If there is a critique, it is perhaps comparing the niche appeal of the visual culture against the majority of the audience. Balenciaga's progressiveness is admirable and limited editions offer opportunity for exploration - but for international brands meme baiting is a risky game to play. Customers increasingly vote with social boycotts fueled by social media versus desire to explore advertising as an artistic oeuvre.

As Chinese domestic and travel customers represent outsized proportions of global revenue for luxury brands – there is a prevailing sense premium luxury owes deference to decadence.

Rapid accumulation of wealth leaves a discomfort with the instrumentalization of the working class for those on the ascent and brings an uncomfortable proximity for those who seek distinction via luxury.

Is Balenciaga so self-aware in operating cultural production and consumption it can be both cool and too cool? 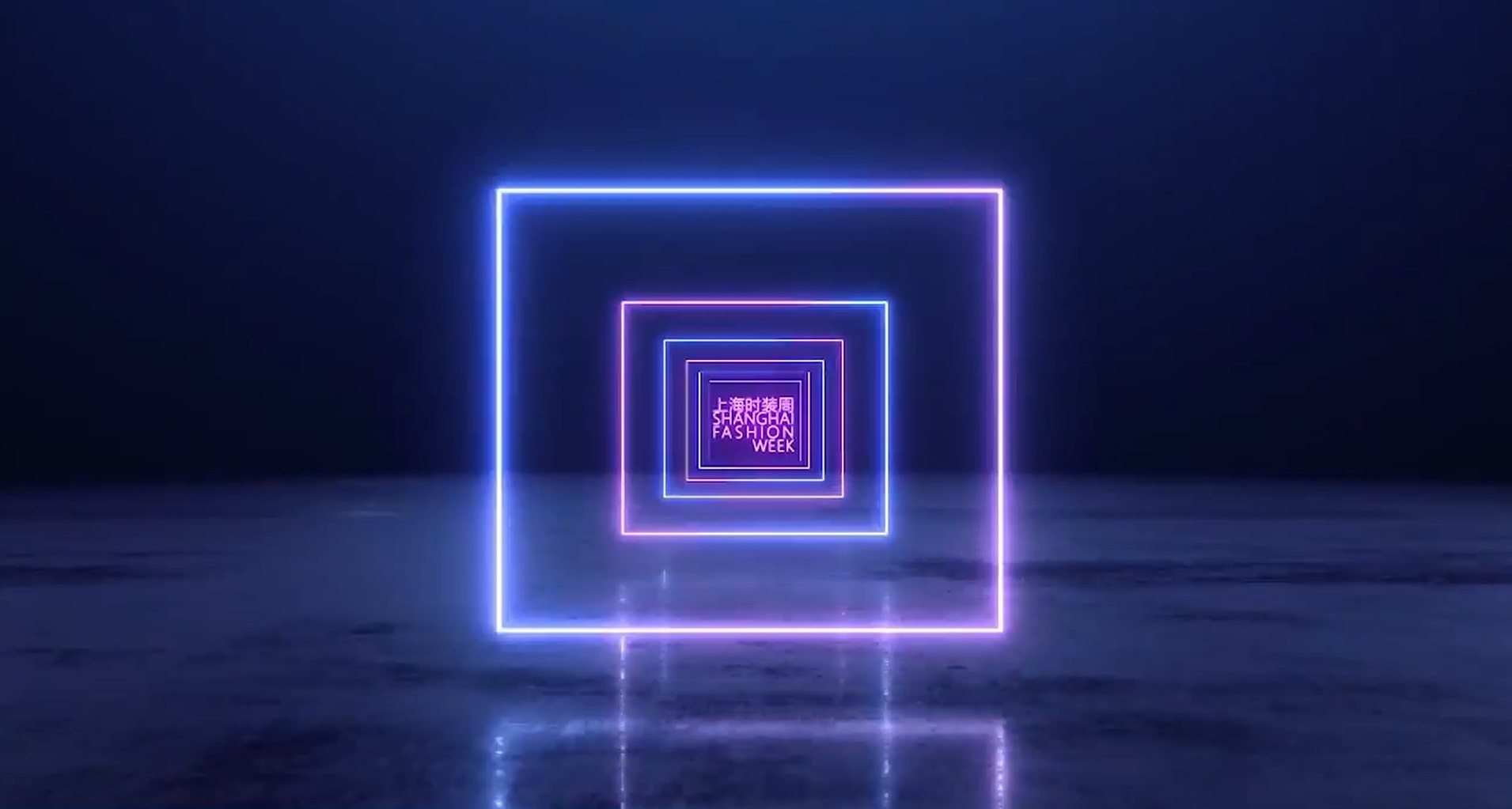 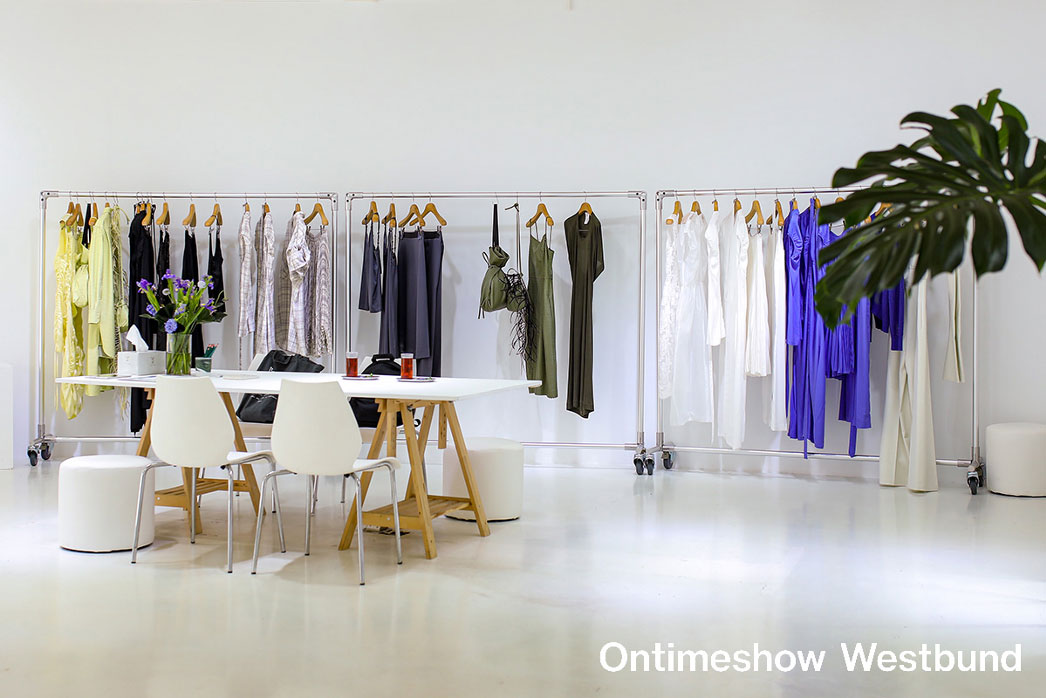